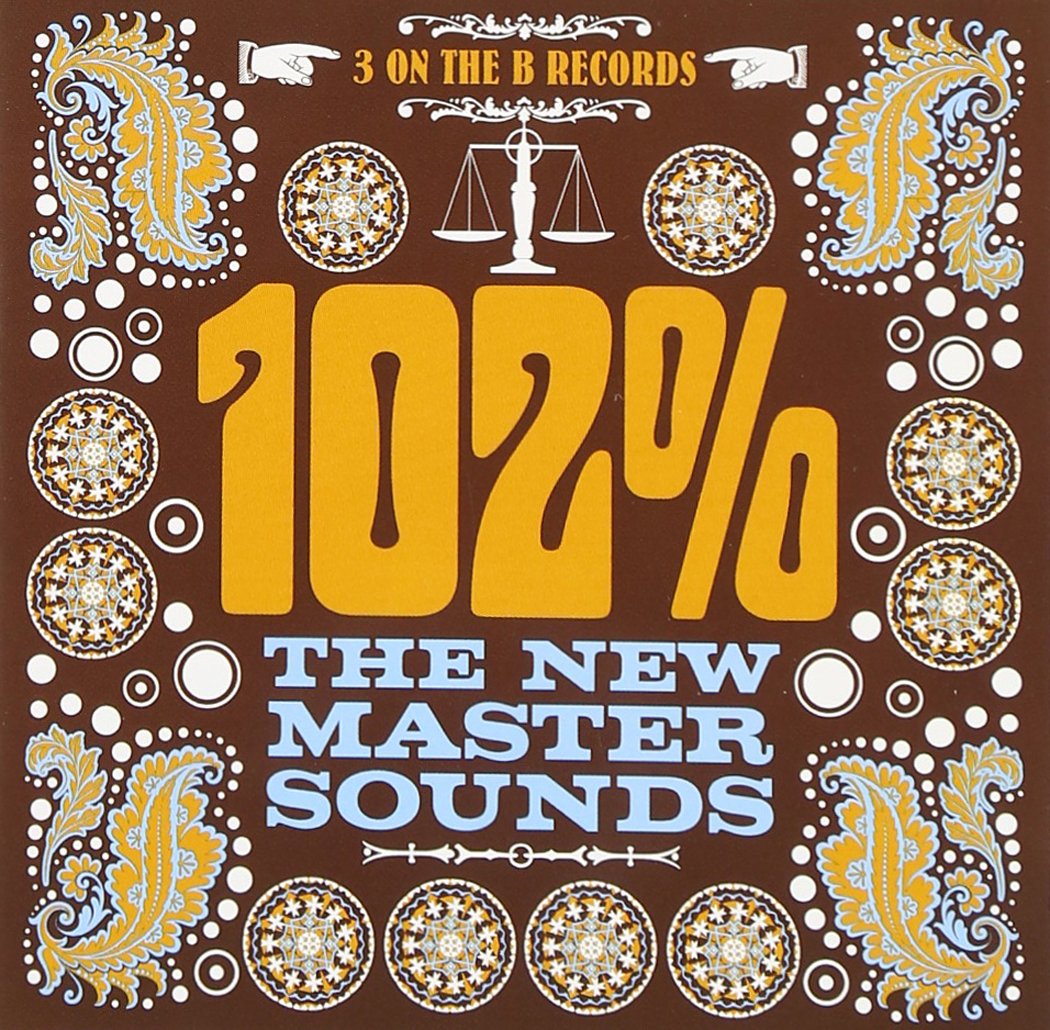 Bristling Heavy Funk with shades of afro-beat, soul jazz, house and even distorted rock dot the fifth release from Britain's most dangerous heavy funk quartet. The 5th element Rob Lavers joins on sax and flute, grooving seemlessly with guitarist Eddie Roberts and B3 burner Bob Birch. Messers Pete Shand and Simon Allen serve up a heavy dose of phat bass and drums that keep the arrangements grooving and twisting through the thick funk forest only the New Mastersounds can guide you through. The band has been touring the US doing the festival and jamband club circuit laying down 3 hour sets and 5 hour gigs, running through dozens of rare funk and soul jazz gems with sits ins with members of the Meters, Galactic, Phish, Papa Mali, Karl Denson and the Greyboy Allstars. Voted THE BAND to see in 2007 by Jambase.com, its clear the band has made a mark on the funk scene inside the jamband circcuit and may have delivered their best album yet. The New Mastersounds continue to find new hooks and grooves that deliver pure vintage sounds with their unmistakeable trademark. It just keeps getting better-!" - - - Sugar Daddy - 12-08-06 Twelve Galaxies, San Francisco, CA ---- ---- This is the 5th New Mastersounds release on 3 on the B Records (Chicago)

"h3"Review "p"The New Mastersounds 102% 3 on the B Records 3BRCD005 The New Mastersounds are four chaps with some serious funk chops. Hailing from Leeds in the UK, they revel in the soulful music that has long been all the rage in Northern England. Having rightfully gained a reputation for out-Metering The Meters, their latest effort, "102%" is another retro-fueled funkathon that sees the band expanding its range into previously unexplored territory. Of course, funk is still the bread and butter of this band, and "102%" delivers a heavy diet of it. A serious groove is laid down in "33 (A Fine Year to Die)," with Bob Birch dropping in the perfect accents on his bubbling Hammond B-3. Pete Shand's nimble bassline locks in perfectly with Eddie Roberts greasy guitar to give "Give Me a Minute (Pt 2)" the nastiness it needs. And the title track delivers the killer Meters-like strut we ve come to expect from The New Mastersounds. Similar sentiments are also echoed by the deep pocket of Return to GÃ­jÃ³n, which relies heavily upon Simon Allen s pulsating backbeat to create an intoxicating rhythm that will have hips grinding and appendages flailing. Not content to stay stuck in the funk zone, "102%" dips its toes into a couple of other related pools. On the prime souljazz of "Carrot Juice," Roberts' ripping guitar would make Grant Green, Jr. blush, while Shand's nimble bass and Allen's superkinetic drums combine for a rock solid rhythm section. Toss in some hyperactive organ from Birch and you got yourself one of the best tracks on the album. The dance party continues with hip-shaking aplomb on Talk Is Cheap, a jazzy number that employs some excellent breakbeats and cool sax solos from guest Rob Lavers. Afrobeat filtered through a lens of Curtis Mayfield is on the docket as Hey Fela! pays tribute to Fela Kuti while sounding as if the tune belonged on the soundtrack to a 1970s blaxploitation film. The album concludes with two space-age, trippy numbers, L.A. Root Down --Brian Ferdman - Jambase.com February 2007

MAN! The new record '102%' is the shiz-nit, the b-b-b-b-bomb, baby and the dog's bollocks all rolled into one slab of sh-t-hot funky groove-a-thon... from THE VERY FIRST NOTES it jumped out of my tiny computer speakers and incited a riot in my dancing shoes... The best one yet, and that is saying A LOT! Papa Mali - February 2007 --Papa Mali - February 2007

one of the bands best and a consistent seller over the years, and easy choice of albums to add to any collector of nu funk, old funk, deep funk, heavy funk, you get the drift. Soul jazz, nu jazz, old jazz, feel me. Just buy it, unwind, or get it on, or get down, its all there. Add a few more titles, you have all the ingredients. This is willful indulgence. You'll make yourself go see them perform live to make sure its not just the kool-aid. --3 on the B Records 2020