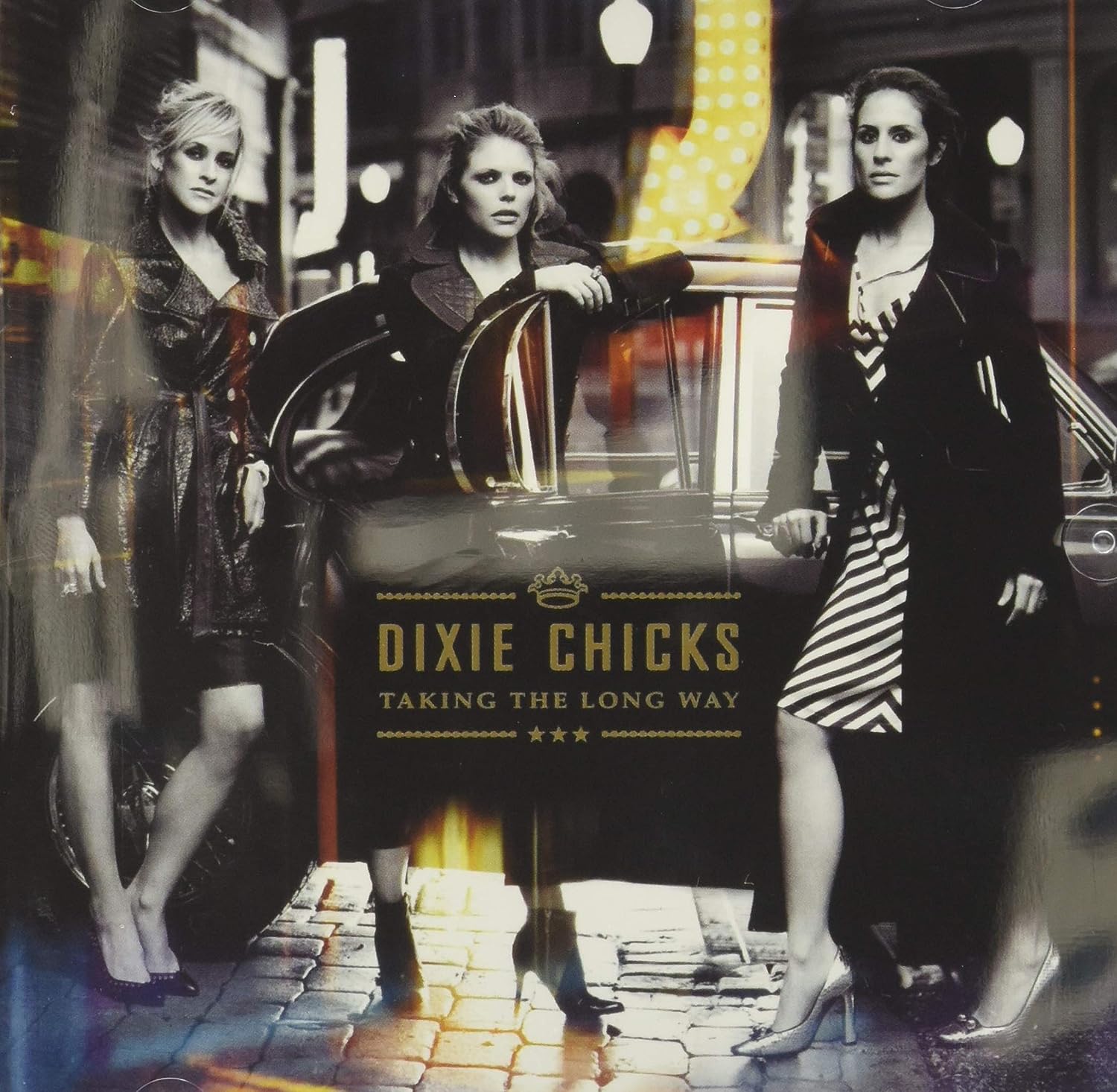 With Taking the Long Way, the Dixie Chicks are putting themselves out there like never before. For the first time, every song on the album is co-written by the Chicks themselves, exploring themes both deeply private and resoundingly political. Taking the Long Way covers an impressive range of territory and includes the defiant and autobiographical first single "Not Ready to Make Nice" as well as the tracks "Silent House," "It's So Hard When it Doesn't Come Easy," and the album version of the gospel-inflected "I Hope," featuring a blistering guitar solo by John Mayer.

Nothing changes folks like babies and war, and since the release of their last album, 2002's "i"Home, the Dixie Chicks have been forever altered by both. If that album showcased the trio as precocious young adults, "i"Taking the Long Way finds them sobered and matured, and in a grown-up state of mind. Produced by the celebrated Rick Rubin (Johnny Cash, Red Hot Chili Peppers), who saw the Chicks as "a great rock act making a country album, not a country act making a rock album," their new record impresses both as beautiful sonic tapestry (peppered with myriad Beatlesque hallmarks) and forthright yet vulnerable portrait of three women shaken by the personal and political events of the past few years. As they make clear in the defiant "Not Ready to Make Nice," they still smart over the backlash from their 2003 Bushwhacking. But as they assert on the equally autobiographical "The Long Way Around," they could never "kiss all the asses that they told me to" and just follow others aimlessly--and silently--through life. This means that the Chicks are simultaneously prideful and scornful of celebrity ("Everybody Knows"), and that as new mothers they increasingly treasure the refuge they find in life with their families, out of the spotlight ("Easy Silence," "Lullaby," "Baby Hold On"). The push and pull of both passions drive this record, which also touches on the personal issues of infertility (with which sisters Martie Maguire and Emily Robison both dealt) and Alzheimer's (from which Natalie Maines's grandmother suffers). The trio crafted all 14 cuts with the help of such writers as Sheryl Crow, Gary Louris, Mike Campbell, and Keb' Mo', laying out their lives as honestly and intimately as they might in their diaries. For that reason, on first listen, Taking the Long Way seems too somber--in need of a bit of levity and more than a couple of uptempo songs (like the sexy, '60s-flavored "I Like It") to resonate for the long haul. It also seems to lack the writing quality that Darrell Scott, Patty Griffin, and Bruce Robison brought to "i"Home. But on repeated plays, those concerns dissipate. By the last cut, the Ramp;B/gospel offering "I Hope," the Chicks have chronicled their journey with as much spirituality as spunk, their pain deeply ingrained in their protests. "i"--Alanna Nash

A glimpse into the lives of the Baqueanos
How COVID-19 can damage all five senses
Photos show how the Statue of Liberty was built
Saguaro National Park offers more than famous cacti
Invasive crayfish are dying. Could a fungus be the cause?
Tips to make sure you're buying sustainable salmon
See More

A glimpse into the lives of the Baqueanos
Saguaro National Park offers more than famous cacti
This little-known Italian paradise is more than meets the eye
What timber tourism can teach kids about trees
Discover the beauty of America’s Great Plains on foot
See More
The Guerrilla Cyclists of Mexico City
Frustrated cyclists in Mexico City took matters into their own hands and built DIY bike lanes to show the government how to get the job done.
Teaching Tai Chi

Senior women in Los Angeles practice tai chi to improve balance and coordination in this image from our photography archives.See Photo of the Day

The National Geographic Society invests in innovative leaders in science, exploration, education and storytelling to illuminate and protect the wonder of our world.